Programming typically begins with a programming language, but let's first consider what a computer is.

Take for instance, a table—what is a table? It's where you share a conversation, work on a project, eat a meal, write a story, keep books you're reading, leave keys when you come home, stack letters you haven't yet open. 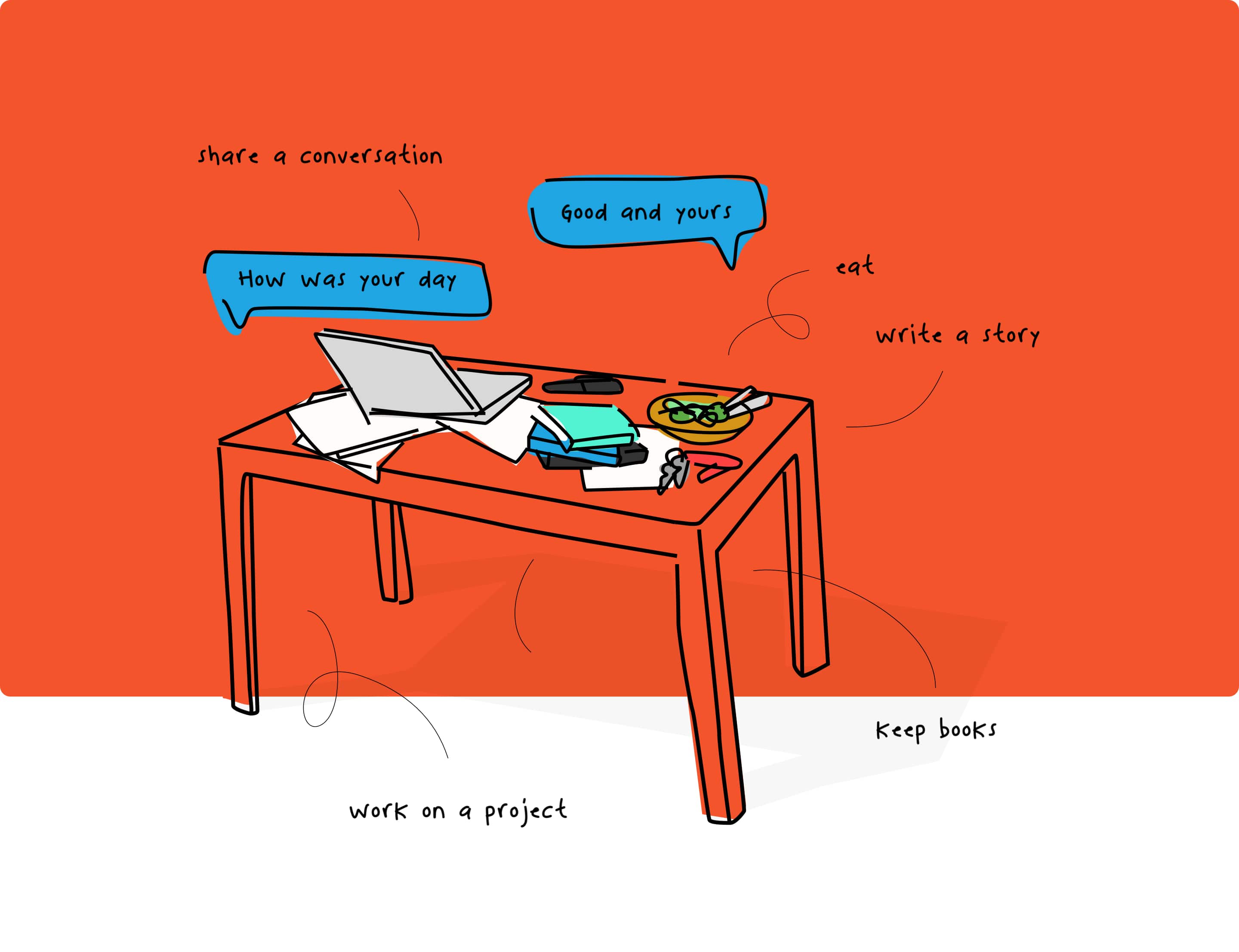 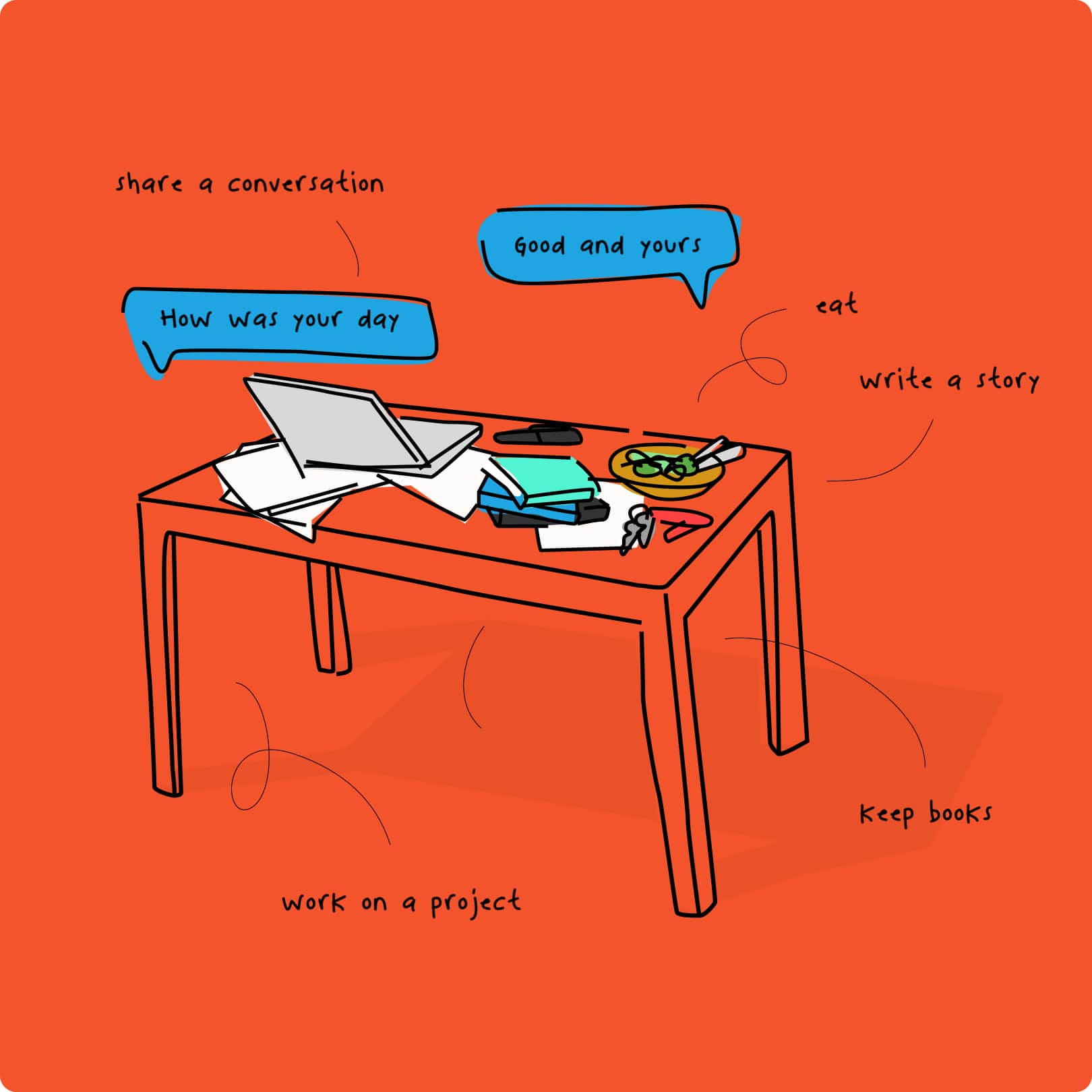 But a table isn't what we do on it. A table is a multi-layered object made of wood; that wood, an intricate pattern of fibers; those fibers an intricate structure of molecules, atoms, and eventually, pure energy. Your table is all these things. 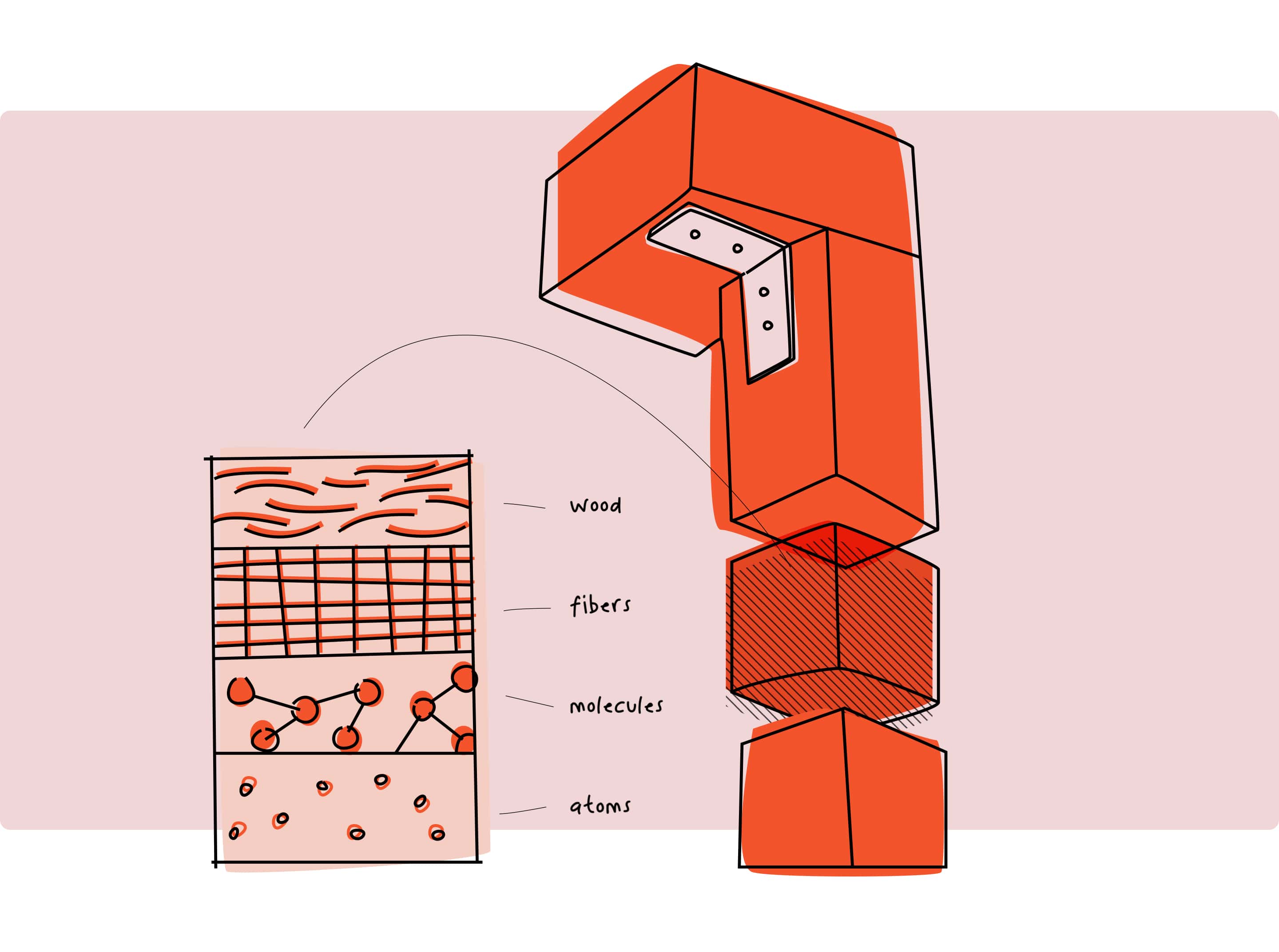 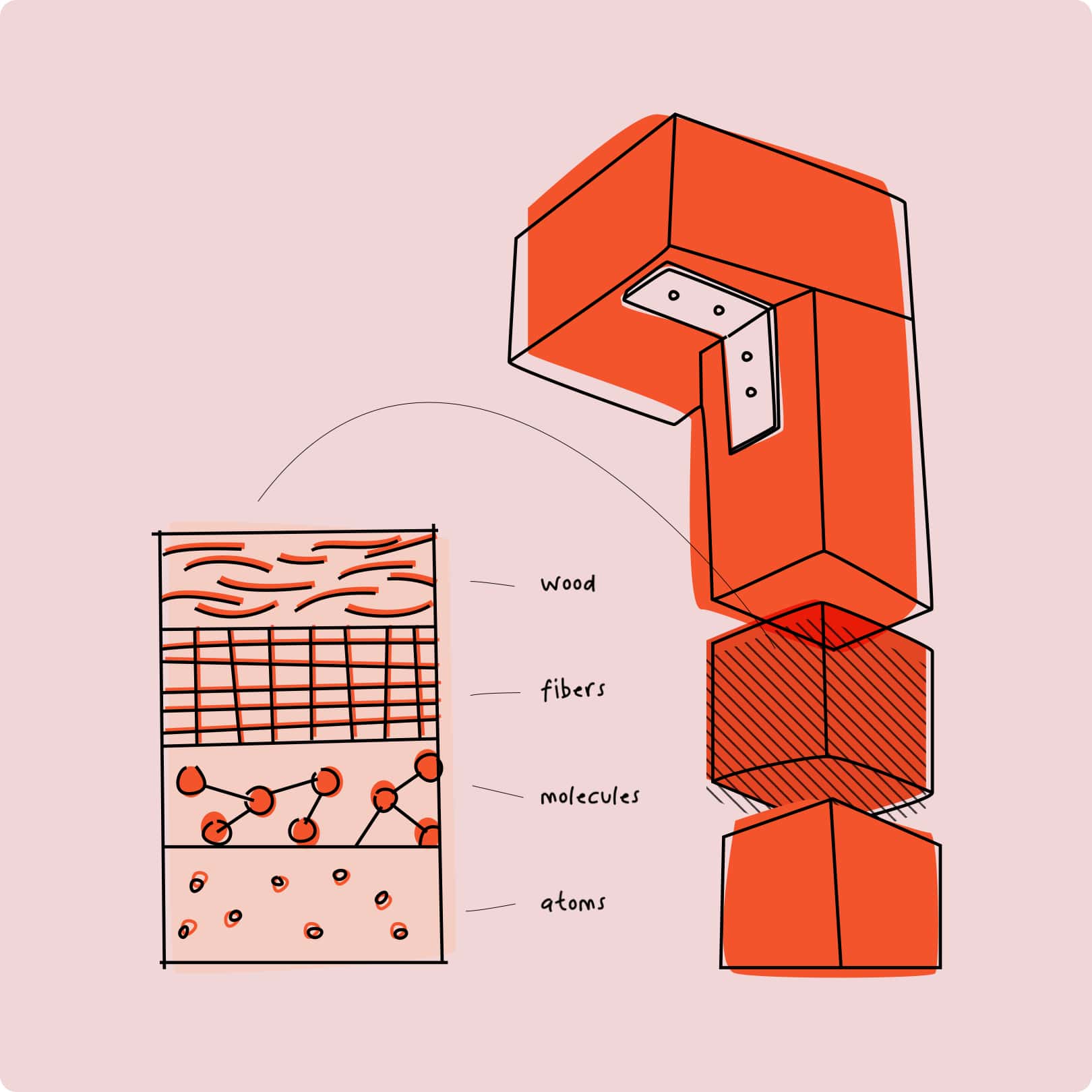 The objects on your computer seem so real that the computer, itself, has become invisible. Instead, you see text, images, favorites, todos, emails, work assignments, websites and the people you interact with. 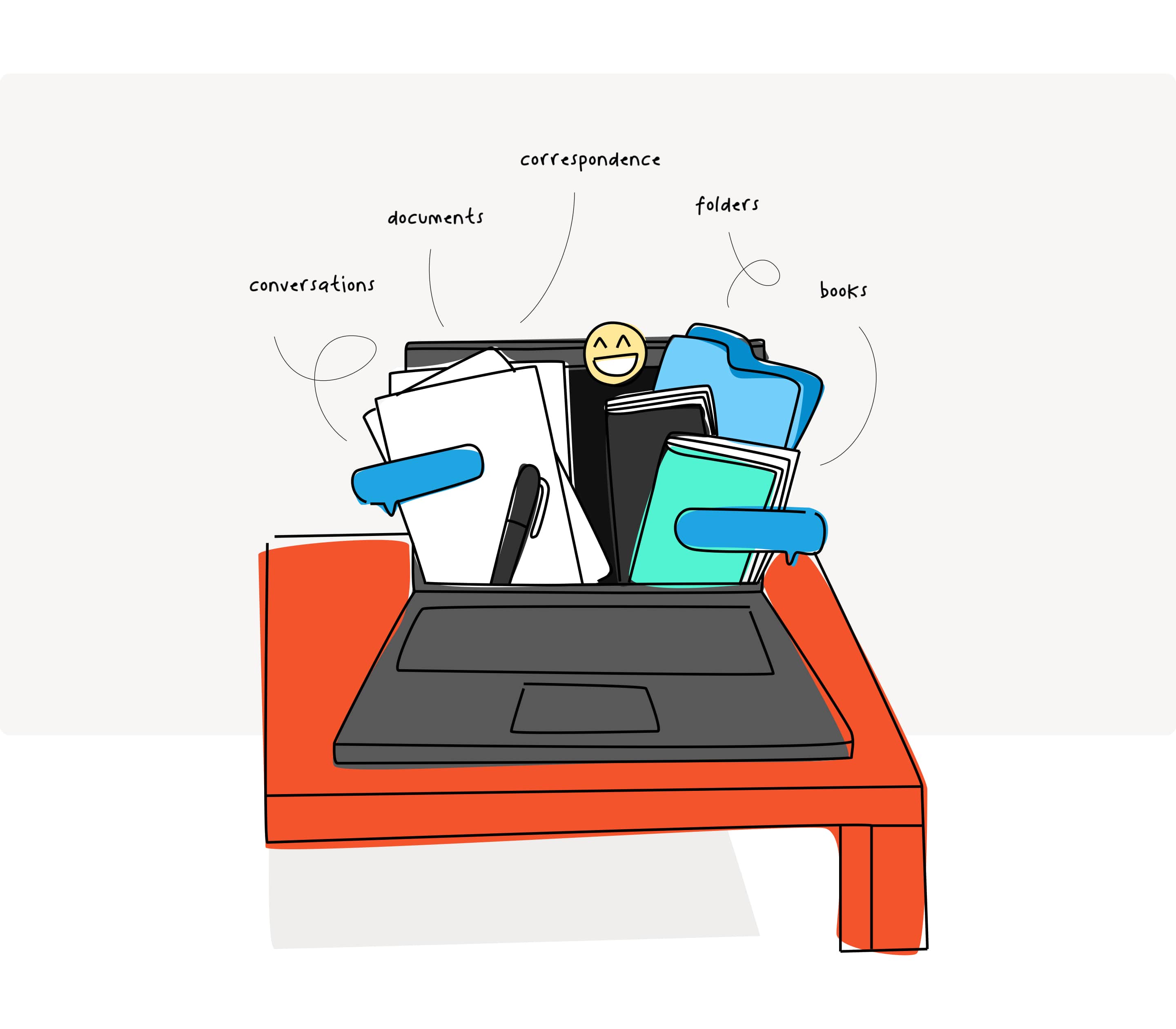 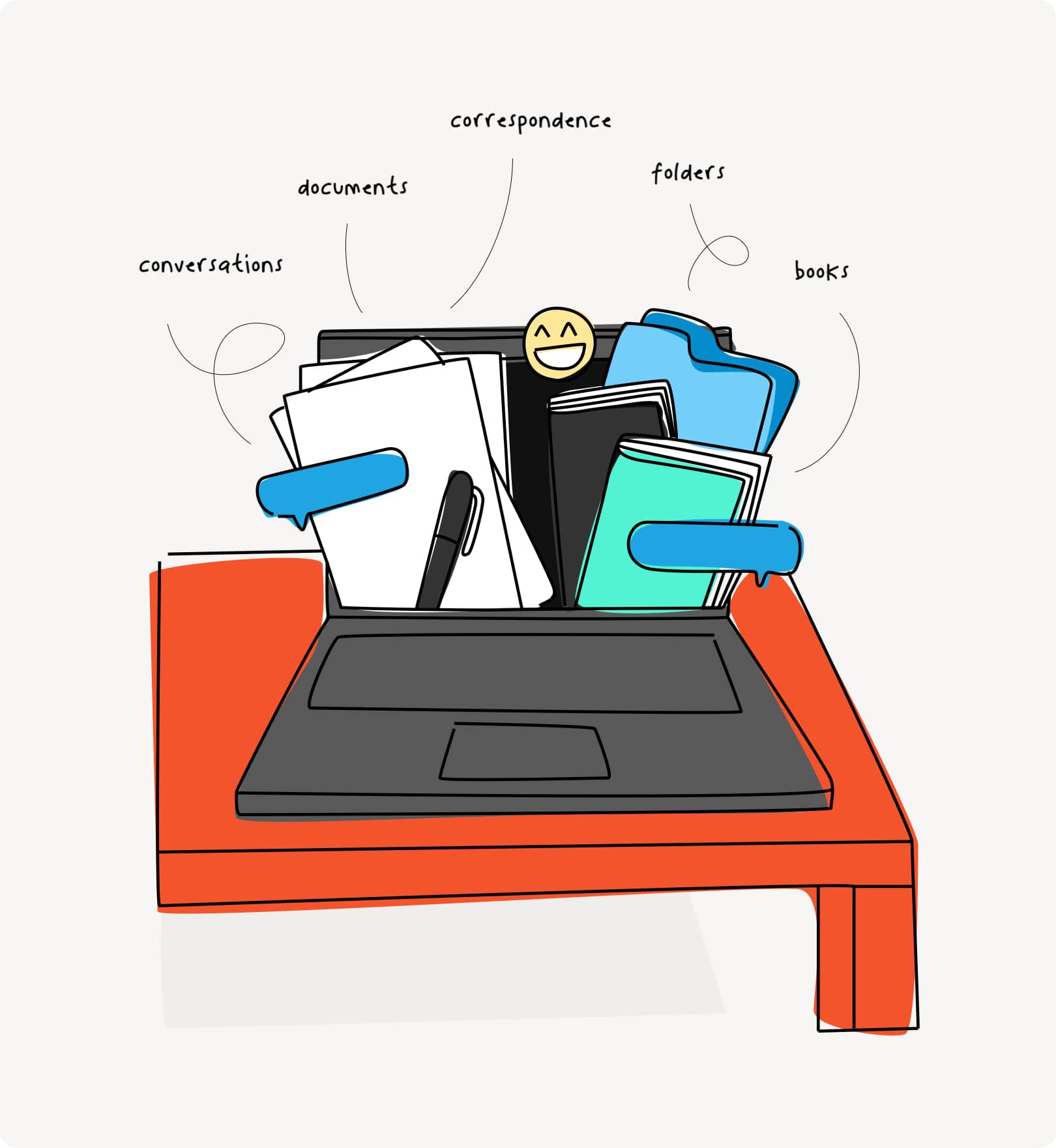 Learning to code is to strip away the objects and see the computer for what it really is. Like the table, the computer is made of many layers. An image isn't quite like an analog photo , a movie isn't quite like the movies of the old days. These digital objects are collections of numbers that your computer turns into the visual experience you are familiar with on screen. From the words on a word document, to a movie on YouTube, or a conversation on FaceTime everything is numbers; everything in your computer is data.

Take a movie, for example. A movie is made of moving images, and an image is made of squares of color, but what makes up a color—say, orange? Yellow and red (obviously), but a computer doesn't process color like we do. On a screen, all colors are made of varying degrees of red, green, and blue, which are represented by a range of numerical values between 0 and 255. What we perceive as orange is 243 red, 83 blue, 45 green. Therefore, what for us is a movie, for a computer is billions of numbers. 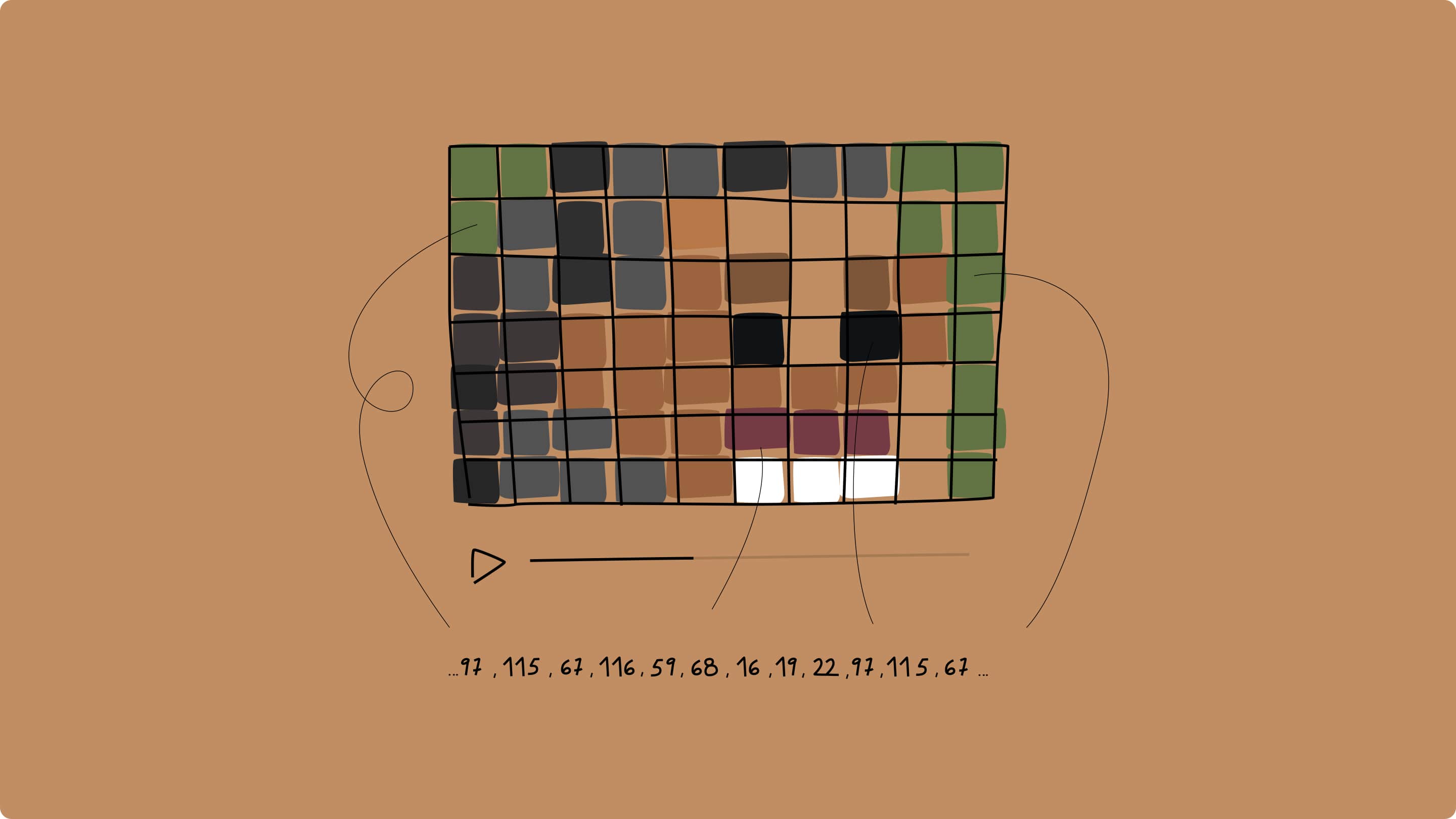 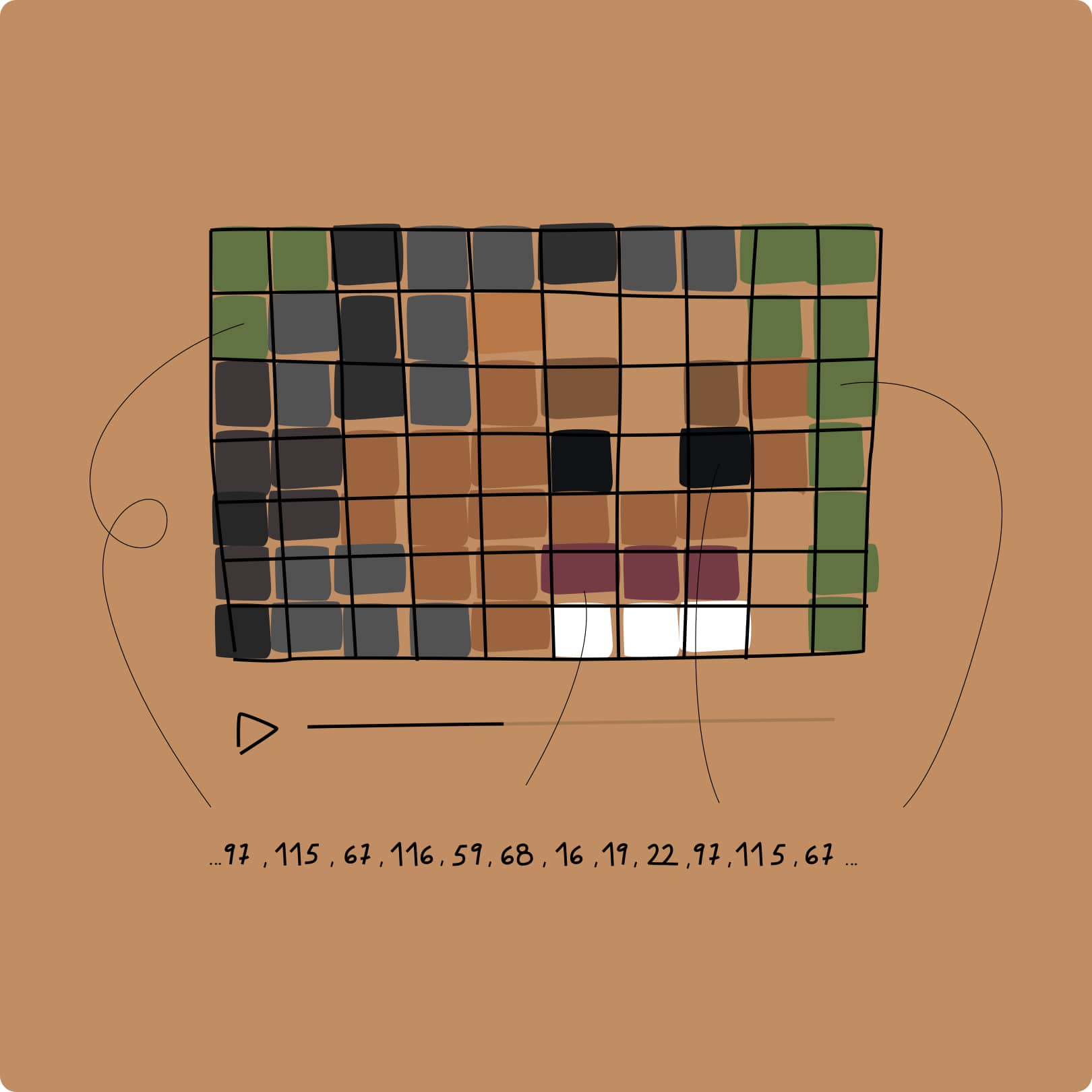 Take another example, your desktop. In the same way that numbers represent a movie, your desktop stands for a series of internal processes and programs. Your cursor and your folder (seemingly separate objects), aren't in actuality separate at all. 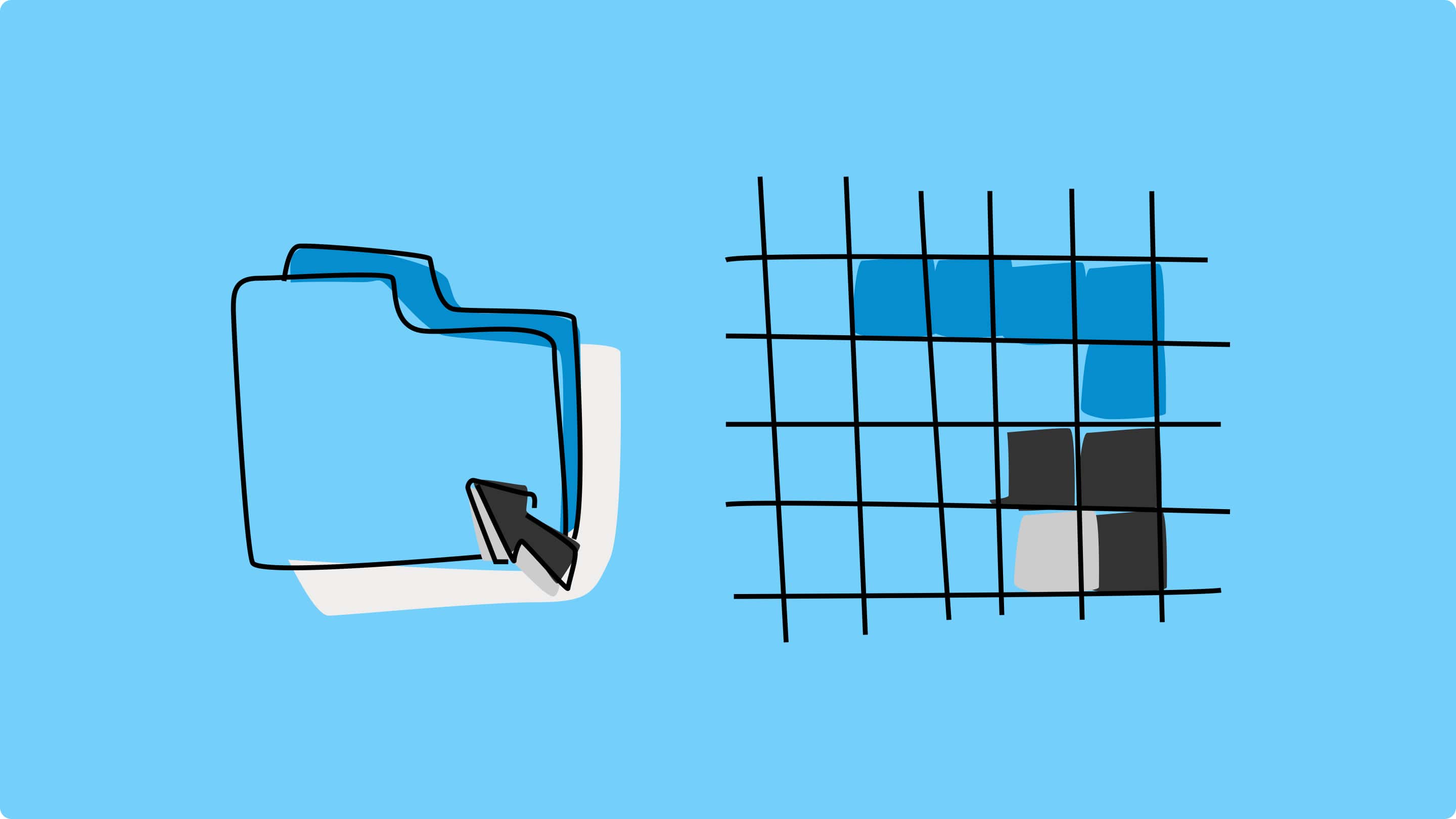 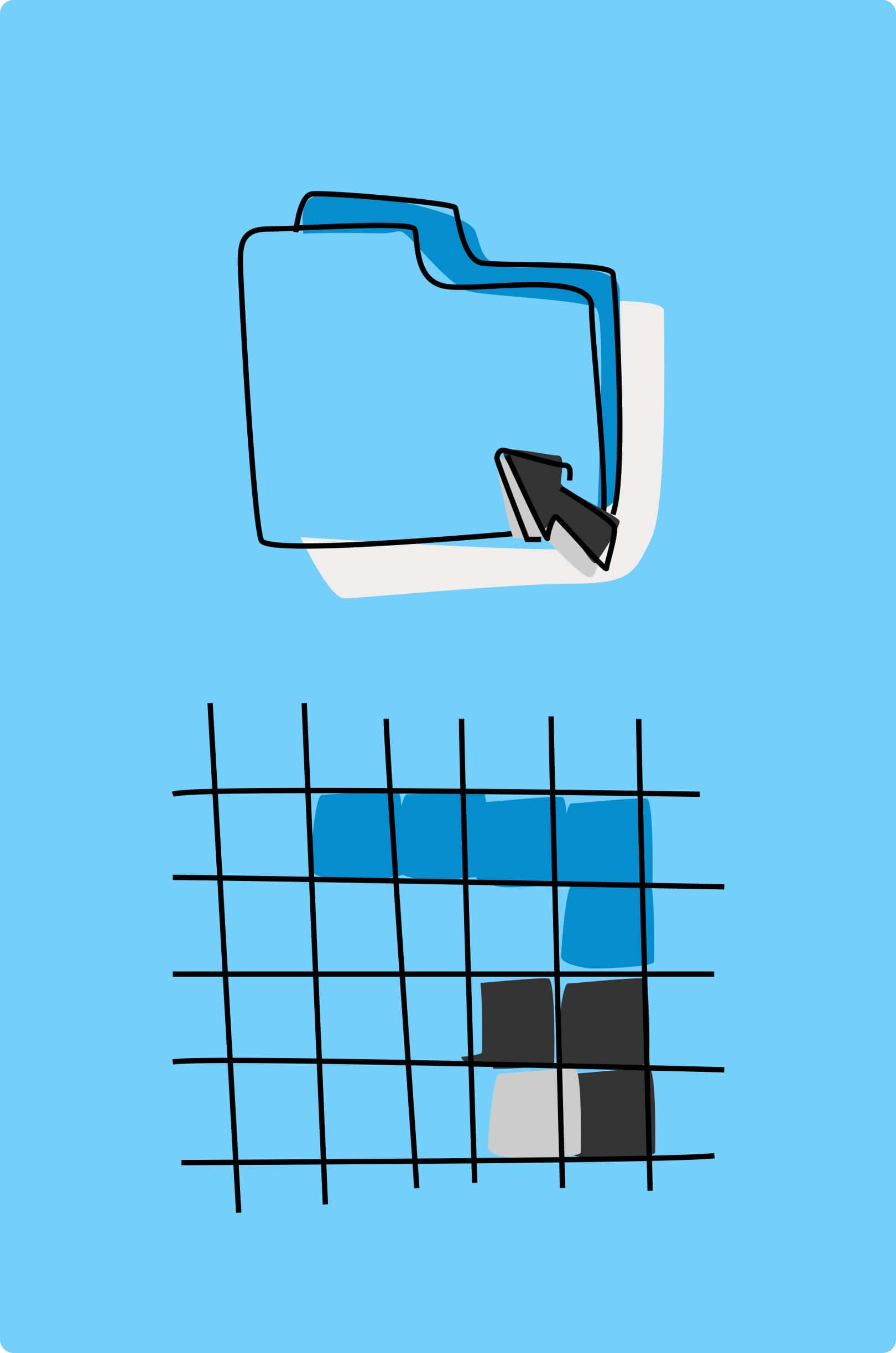 It doesn't end there. Code might seem like the end of the line, but it too functions as a human-friendly representation of lower level machine instructions; all of which can eventually be reduced to ones and zeros, the basic expression of an electrical signal. 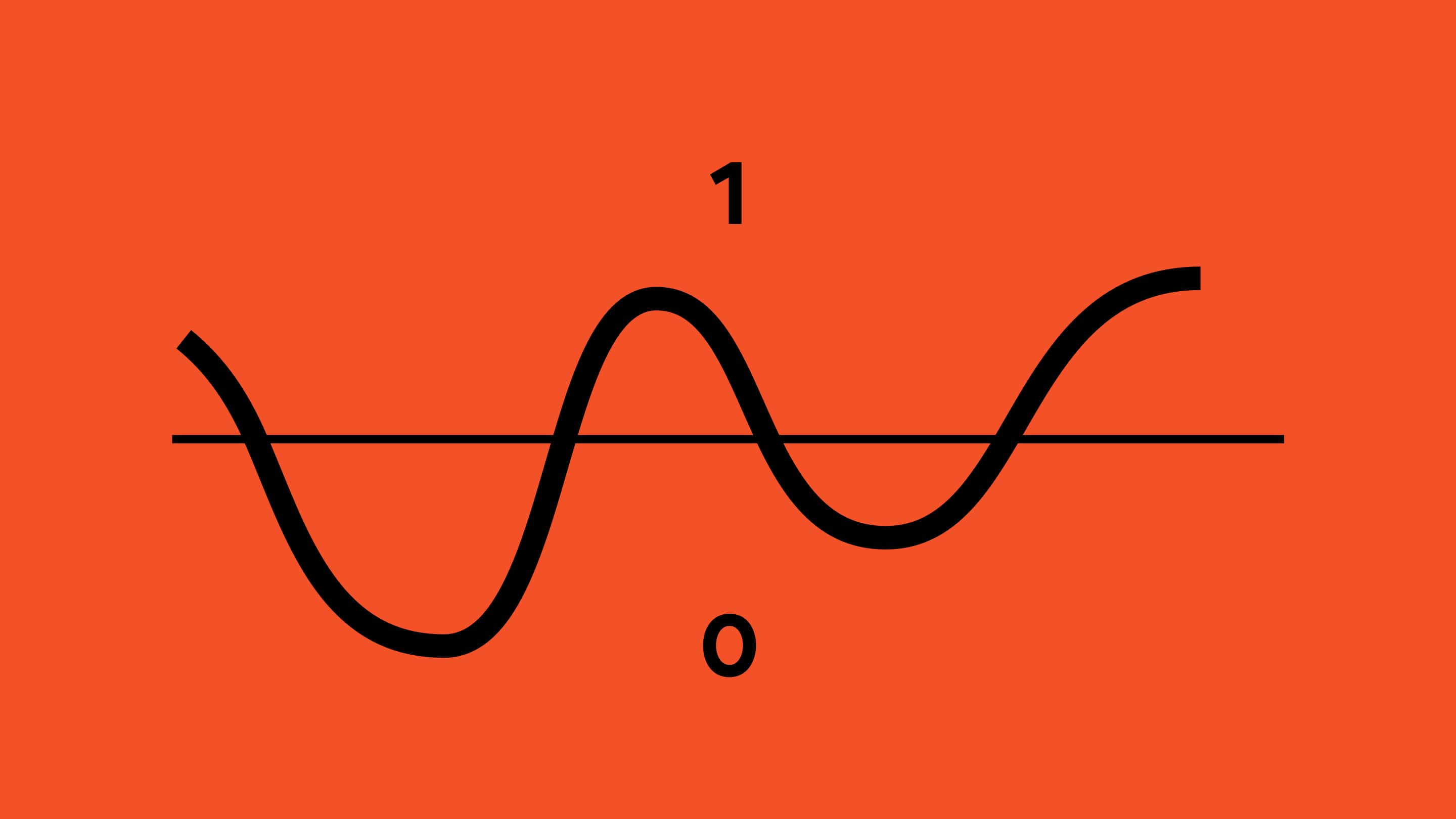 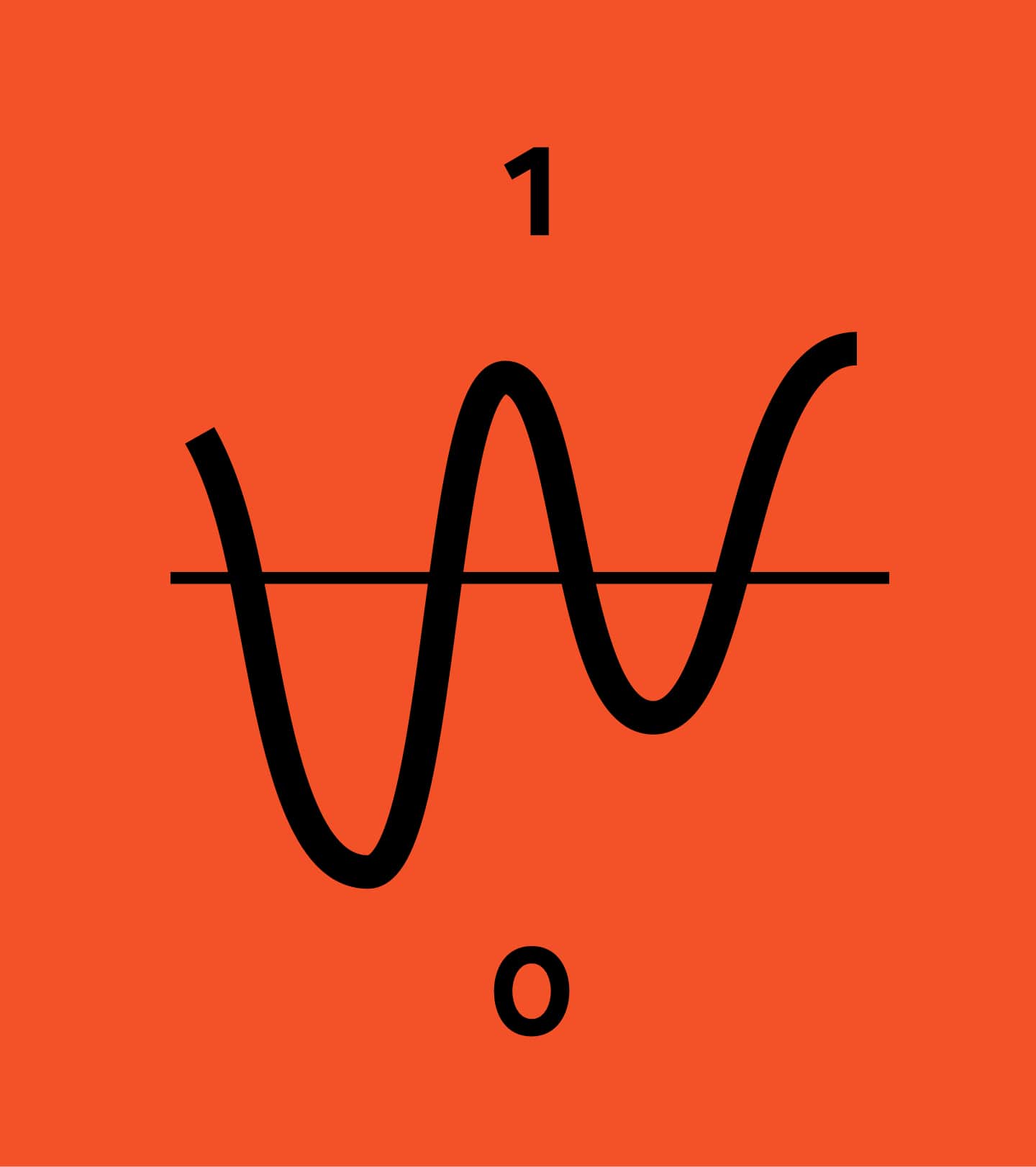 Nothing is quite what it seems.